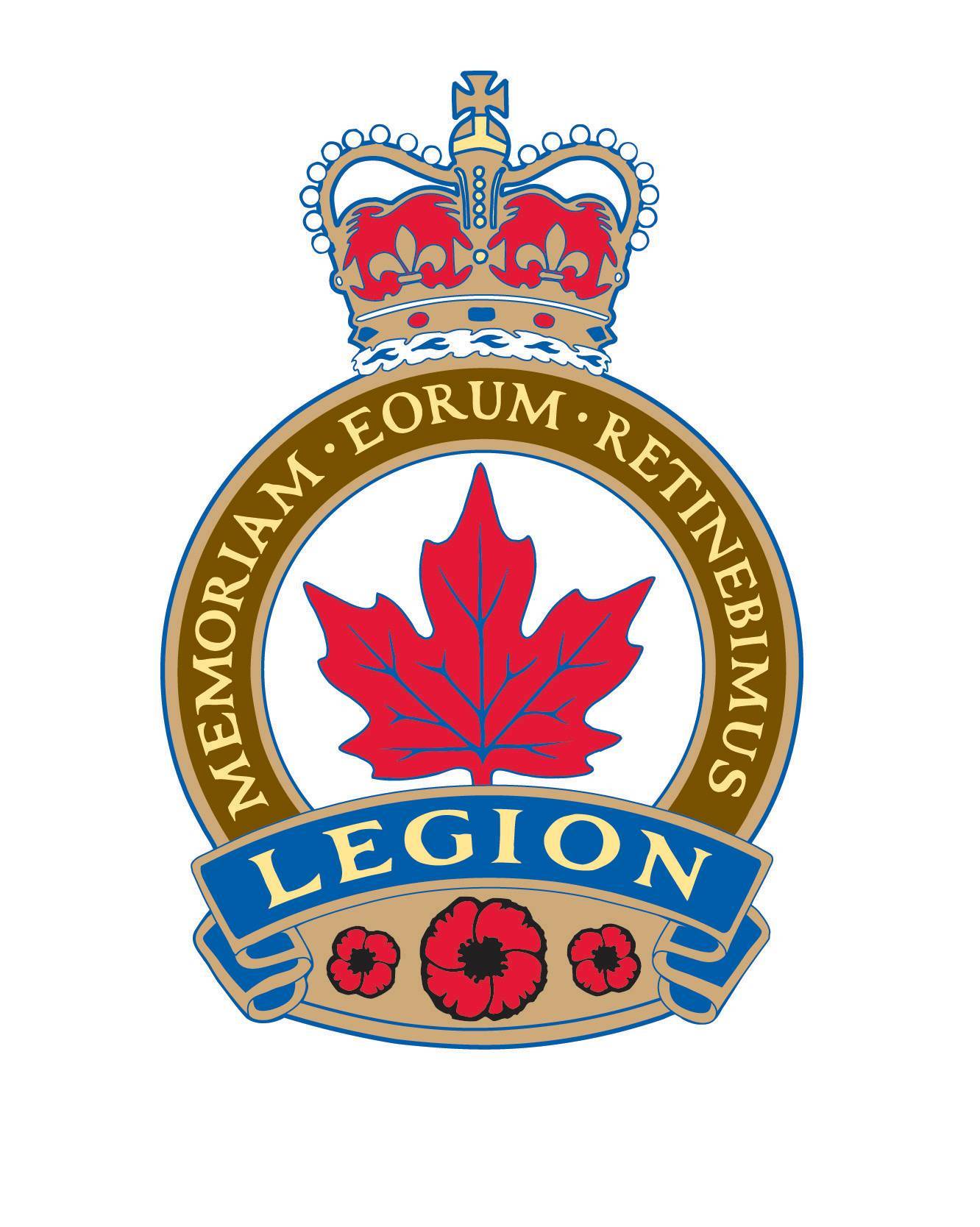 I would like to thank Jana and Linsey for asking me to contribute to 'A Soldier's Letter'.

When you start to read 'A Solder's Letter' you will think it's not possible that these two young talented ladies didn't see service, as they have captured the thoughts and feelings of Veterans who have been traumatized and struggle with their demons.

Some pages will make you cry, some you may identify with, and some will make you think about the Soldier writing and what horrors he's seen and others will give you a clear picture in your mind of the horrors of war. It's a rollercoaster of emotions. This book is definitely worth a read.

I congratulate Jana and Linsey for tackling a very sensitive subject with their stories and photos.

During WWI and WWII and many wars before it was called "Shell Shock" Soldier's Heart, Combat Fatigue or War Neurosis and there was little to no help for these Veterans and you certainly didn't talk about it. Today it is identified as PTSD - Post-Traumatic Stress Disorder, and it is good to talk about it and help is available. The Royal Canadian Legion is always here to help Veterans in need.

I would like to thank Jana and Linsey on behalf of all members of Branch #6 for their continued support to our Branch.

Few books I have read in my life, have lingered restlessly in my thoughts for so long, and moved me to tears as much as "A Soldier's Letter".

Listening to the stories of my Uncle Tony's experiences during the horrific battle of Monty Casino, fighting there along-side his brother, Uncle Benny, as his other three brothers also served in far-flung corners of the globe, I was reminded of the stoical, dedicated and humble character that marked that generation and their horrific experiences of global warfare.

My own father was in the RAF and rarely mentioned his time in service, only occasionally telling light-hearted stories of the good humour and camaraderie shared but never went into any details. Beyond occasionally wearing his torn and battered Irvin flying jacket during the worst of the winter months, it hung on the back of the cellar door for many years, like a dusty memory that had been locked away from view, only to see daylight in inclement weather. As a child, I asked where he got it from and tried it on but couldn't even stand up under its weight. My father quietly took it from me and hung it back up, once more in the darkness of the cellar head, until one day it simply and silently vanished forever. It was many years after my father had passed away that my mother told me that he had witnessed the loss of his best friend, who was decapitated by a rotating propeller, as the crew struggled to leave a badly damaged aircraft, burning on a runway. Apparently his disorientated and concussed friend had stumbled toward his death, blinded by acrid smoke and fumes after surviving a horrendous crash landing. My father had never even mentioned this event.

"A Soldier's Letter" acts as a powerful reminder of the price that is paid by those whom we have asked to march into Hell as the price of protecting our liberty and freedom. The scars they carry are not always visible but are always profound and life-altering. This issue will become more urgent as we deal with the emotional and psychological cost of the sacrifice we have asked of our servicemen and women to pay over the last decade on our behalf.

"A Soldier's Letter" brings into sharp focus the inner thoughts and personal, intimate reflections of those we ask to travel that dark and bloody road, paying that butcher's bill for our freedom, for the rest of their lives.

I highly recommend "A Soldier's Letter", lest we forget:

War is not won with words, but with our blood.

We sacrifice our bodies, our minds, our souls, our futures.

We give all that we have and all we ever hope to be.

We are what this world needs us to be.

It is an incredible honour to be asked to write a foreword for any book, but it is an especially deep and profound honour to say something on behalf of this particular book, its creators, and its subject matter...because the very act of writing my own thoughts is only made possible through the unbelievable sacrifice by the numerous men and women who died, or were wounded fighting in the wars that led to the freedom I now have to express myself here today...and the thought of that humbles me beyond words.

I was first approached by Jana and Linsey a few years ago when they were putting on a production of "A Soldier's Letter" and they asked me to sign a copy of the script to help them raise donations and awareness for Soldiers suffering from PTSD, and then later to also perform the voice-over of the actual “Soldier’s Letter” itself. I was incredibly honoured to be a part of it, and we have kept in touch ever since. These two immensely talented, compassionate, and driven women have taken on numerous issues and causes that many of us rarely think about, yet they have constantly given so much towards furthering these causes. Post-Traumatic Stress Disorder is a terrifying and heartbreaking affliction that so many of our Military Veterans suffer from on a daily basis, and often no matter how much love, compassion, or care we give they still continue to battle against the trauma and stress they faced while serving.

I am in awe of Jana and Linsey’s tireless spirit to continuously fight to bring attention to this particular issue...most of all, because of the way they do it through their artistry. Nothing touches another person’s heart, mind, and soul as deeply as art. Whether it be music, dancing, acting, painting, photography, or writing the artist tells the story of our human existence in all of its beauty, as well as the sad and painful parts...but that reflection of our own existence is often how so many of us truly begin to comprehend our lives in a much deeper way than we can ever experience through any other means.

I know you will all truly be moved by the powerful words and images within this book as I was when I read it, and I hope that all of us will be inspired, even in small ways to do more for our Veterans...because the truth is none of us would be here at this very moment if it weren't for them. I know I will forever be grateful for their sacrifice, and to Jana and Linsey for creating this gorgeous book in their honour.

How can anyone of us know what it is truly like for the men and women who fight in our wars? This haunting collection of poems allows us a glimpse into the interior life of the Soldier so that we might know something of the devastating legacy of war. The "wounded warriors" in these stories don't shrink away from asking the hard questions but confront the reader with their pain. They obligate us to face their truthand force us to think and feel more deeply about the endless repercussions of our actions.

"I want to awake to a more beautiful world... I want what I cannot have... I wish for peace..." Even as one Soldier laments the impossible, that "this will be the war to end all wars," we are filled with a searing hope that one day - maybe, possibly - his dream will come true.

I defy you to finish reading "A Soldier's Letter" with dry eyes. The award-winning author paints a picture in words that don't leave you. Bringing emotion, heartache and the immense suffering and turmoil that was the world wars in these poems. They grip you tight and don't let go. You see what the author wants you to see and it isn't pretty, but war never is, it's hell, and it's descriptively accomplished here.

I have a couple of favourites, "Faithful Companion" hit me pretty hard and "A Soldier's Letter" which is also the title of the book, where Johnny wrote a letter home to his loved ones. There's more, a lot more and they're all just as gripping. Read it, experience it, and you may finally realise, if only a little what the Soldiers went through to keep us free.

Originally Raven lived in the land of spirits...bird land. In a place that existed before the world of humans. One day the Raven became so bored with bird land that he flew away, carrying a stone in his beak.

When Raven became tired of carrying the stone and dropped it, the stone fell into the ocean and expanded until it formed the firmament on which humans now live.

—The Legend of Raven